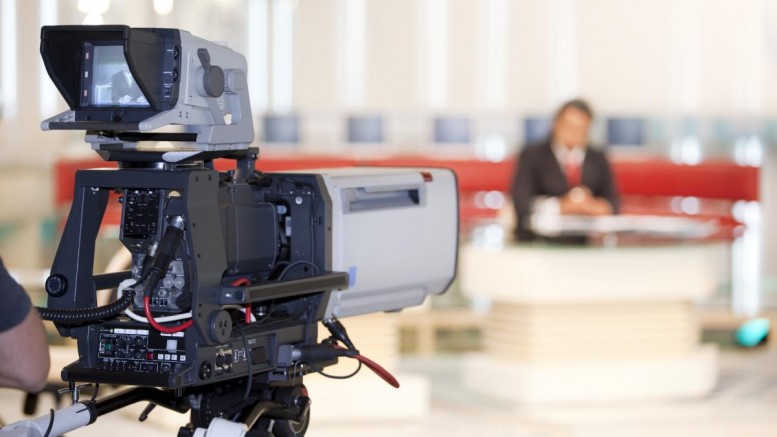 One strategic and insidious way to cover up deceit and a false narrative is for liars to accuse honest people of lying, thus putting them on their “heels” so they won’t or don’t point out the true hypocrisy being committed. Recently, Donald J. Trump called out the lies of not only the Democrats, but mainstream media as well, their favorite propaganda mouthpiece, including CNN (the “Clinton News Network), MSNBC, the New York Times, Forbes, and of course, the Washington D.C. rag–the Washington Post, a.k.a. “WashPo.” That’s what the mainstream media decided to script out, but they failed miserably.

All the major propaganda networks of the “Demoncrats” decided to run the same regurgitated script that originated at the WashPo rag, saying all independent and alternative news was “fake news” and that this fake news somehow cost them the election, put lives at risk, and changed the course of history. That’s the whole lie in a nutshell: the fake news calling the real news fake news, and it all backfired.

#1. The tap water in Flint, Michigan is perfectly safe to drink, according to the EPA and government officials in Michigan

This one is the story of stolen money used to poison children, when officials of the city of Flint decided to stop purchasing water from Detroit and draw water instead from the heavily contaminated Flint River. Criminal charges were filed by Michigan Attorney General Bill Schuette against a total of 13 people and two engineering companies. Lead was among just one of the heavy metal toxins that wounded and killed children, all as a trade-off so bureaucrats could funnel so-called “emergency” funds to the tune of tens of millions of dollars into building the Karegnondi Water Authority (KWA) pipeline.

High level officials who report directly to the Governor have been indicted, and the EPA knew about the dangers of the contaminated water flowing through lead pipes, but helped cover up the massive tragedy for months. The corrosion lead to one of the USA’s largest outbreaks of Legionnaire’s disease ever, killing at least 12 people so far. (RELATED: See more news about heavy metals in the water at Metals.news)

#2. Global warming is getting worse and could be catastrophic if Americans don’t contribute to the “cause”

Al Gore is one filthy rich man from perpetuating one of the biggest hoaxes of the past couple decades–man made global warming. Since the huge lie has been revealed, the narrative has changed to mostly omit the words “global warming” and simply use the slogan “climate change,” especially since the Earth is at the beginning of a long cooling phase, rather than one that’s going to burn up everyone any time soon.

The whole racket was started as a business venture to con a few hundred million people into paying taxes for emissions from just about anything that burns fuel. The first major problem with the whole “global warming” analysis is that the US has been in a slow cooling phase since the 1930s, and NOAA faked the data to make it look like it’s been getting hotter.

True raw data show no warming over the past century. Even if humans were reckless with natural resources, there’s no proof we even have the capability to change our overall atmospheric temperature. It’s arrogant science combined with a false narrative invented by millionaires who quickly became billionaires. In fact, 1200 years of data totally discredit the entire global warming, climate change scare and the propaganda.

#3. Zika virus will cause millions of babies to be born with shrunken heads and damaged brains

Long story short: in the late 1940s, Zika virus was discovered in the Zika forest in Uganda, Africa, and cases were documented as early as 1960 in Southeast Asia. Zika is a mild viral infection (like a head cold or mild case of the flu). Most people’s immune system defeats the Zika virus in less than a week and then they are immune to it for life. But not in America or Brazil, apparently.

Suddenly, a year after Bill Gates released his genetically modified mosquitoes, and within two years of a mass dumping of toxic mosquito-killing pesticides in Brazil’s drinking water, suddenly children were being born with shrunken heads and brain damage. What does the US mass media blame? Zika! Why not? It’s time to create another mass panic, another fake vaccine like the Swine Flu vaccine, and make billions off all the hysteria.

Top it all off with the mass spraying of toxic pesticides (naled) over neighborhoods in Miami and what have you got? A mad, mad cycle of humans consuming toxic pesticides, babies born with birth defects (microcephaly), and a mild virus blamed for it all–the same virus with zero history of causing birth defects ever before, in over 50 years of documentation. Talk about fake news. Still, America’s big pharma industry wants to shoot up all our pregnant women with flu shots laced with mercury.

#4. Fukushima nuclear reactors are fine – nothing to worry about (except physics)

On March 11, 2011, an earthquake at sea sent a tsunami onto land that devastated the Fukushima Daiichi nuclear plant, crashing spent fuel rods to the bottom of a 5-story cooling pool, and enabling radioactive fluid to leak onto the land and into the Pacific Ocean. Since the first day, mass media in the US and Japan have completely downplayed and almost blacked-out coverage of the massive dangers of the radioactive waste and cesium 137 that’s infecting animals, humans, and fish across the planet.

Officials from TEPCO in Japan literally told people to get drunk and be happy and that will keep them safe from the radiation. They told their people the water from Fukushima is safe enough to drink, even though people who live near the plant are dying from the radiation, and workers who dare try to repair it suffer the same.

#5. Hillary Clinton is the most fit candidate for POTUS and will challenge the establishment

Independent “truth” media had a huge role in helping Donald J. Trump win the Presidency of the US. The truth about the Clinton Crime Family, the deep state corruption of the Clinton Foundation, and the insidious tactics of the DNC were all exposed by alternative media and social media, including spreading WikiLeaks and the Veritas videos revealing voter fraud and instigated violence at Trump rallies.

Hitlery Clinton, the Bride of Frankenfood, was also exposed for her dealings with Monsanto, accepting campaign funds, regurgitating their propaganda line for line, and supporting the evil TPP agenda for massive GMO poisoning and mass fracking of planet earth.

#6. Even though the flu shot doesn’t work, you should get it anyway, just to be safe… because we said so

Loaded with 25 mcg of mercury, the flu shot is easily one of the most dangerous “medicines” on the planet, pushed every year by the CDC onto everyone, including pregnant women and newborns. Even when the jab contains the wrong strains of combined live influenza viruses, the corrupt CDC says you should get it anyway.

#7. The independent, alternative media is “fake news” and puts American lives at risk by lying about politics, health, medicine and supplements

For over 100 years, the corrupt AMA, CDC, and FDA have been pushing chemical medicine and discrediting natural medicine, putting American’s health and livelihood at risk. Now, the mass media calls any news that promotes natural medicine and organic food “fake news” in their attempt to keep the sick care industry raking in billions.

Follow the REAL fake news, by the way, at NewsFakes.com.

#8. Bill Gates and the Bill & Melinda Gates Foundation are saving lives in Africa by preventing disease with vaccines and ending starvation through GMO food programs

It’s all part of a depopulation agenda that Bill Gates admitted himself at a TED convention. Toxic GMOs and carcinogenic, sterilizing vaccines are no kind of philanthropy.

#9. “Cancer cells tend to form new cells more quickly than normal cells and this makes them a better target for chemotherapy drugs.”

Chemotherapy is a chemical-based toxic cocktail that assaults the entire human body and creates new cancers. 75% of MDs and oncologists refuse it for themselves and their own family members. Chemo has less than a 3% success rate on average. Chemo is quackery.

#10. Obama says V.A. has “made progress on Veteran’s health care”

Have you heard about the secret waiting list, a.ka. the V.A. death panels? For some veterans, the wait for care takes so long they simply die waiting. Problems at VA hospitals are worsening like the plague, and despite talking a good game, Obama has done nothing to change these horrific conditions.

Let us hope our new President can do a better job assisting veterans than our previous one. 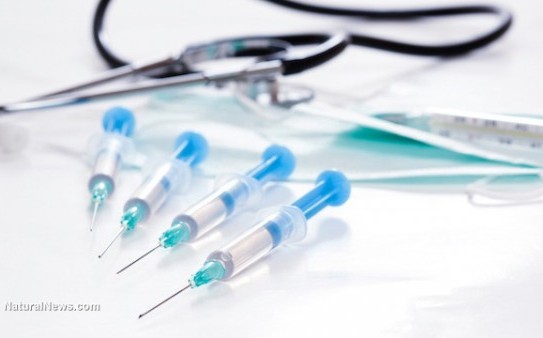 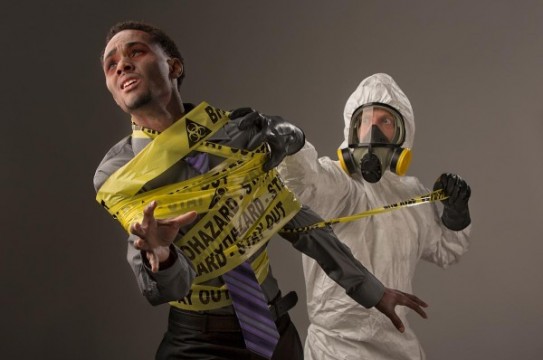 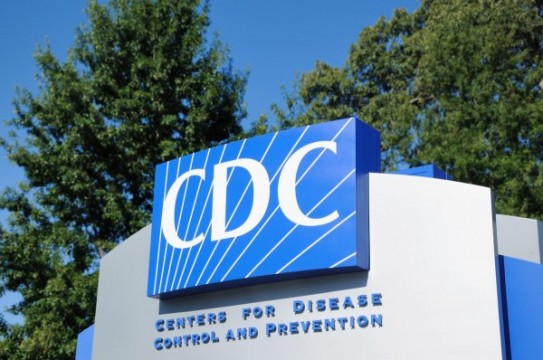 CDC works in collusion with vaccine manufacturers… can you really trust their [...]